Showing posts from October, 2017
Show all

If the Door Won't Open, It's Not Your Door! Really? Yes, Really! 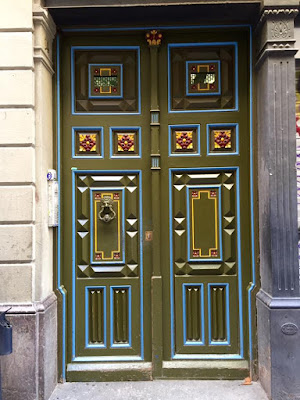 Who ever coined the phrase, "if the door won't open, it's not your door" , was a freaking genius! She probably had a brother who said  "when opportunity knocks....open the freaking door"!! Yes, I'm emotional about how powerful this little nugget of wisdom really is!  It's a game-changer in so many ways but people generally prefer not to see the proverbial silver lining.  Yes, there is always a silver lining but you need to look for it as it won't slap you across the head if you prefer to wallow in the whys and hows something didn't work out for you. Let me give you an example. Since 2012, I literally fell into, was guided towards, was made sick so I could learn, Reiki healing . Nobody can change my mind about that.  It was so well orchestrated by God, His infinite wisdom and His co-conspirators in our great big Universe. When I gave into this fact, but no sooner than November 2016, I received clarity and the chips that fell began to
Post a Comment
Read more
More posts